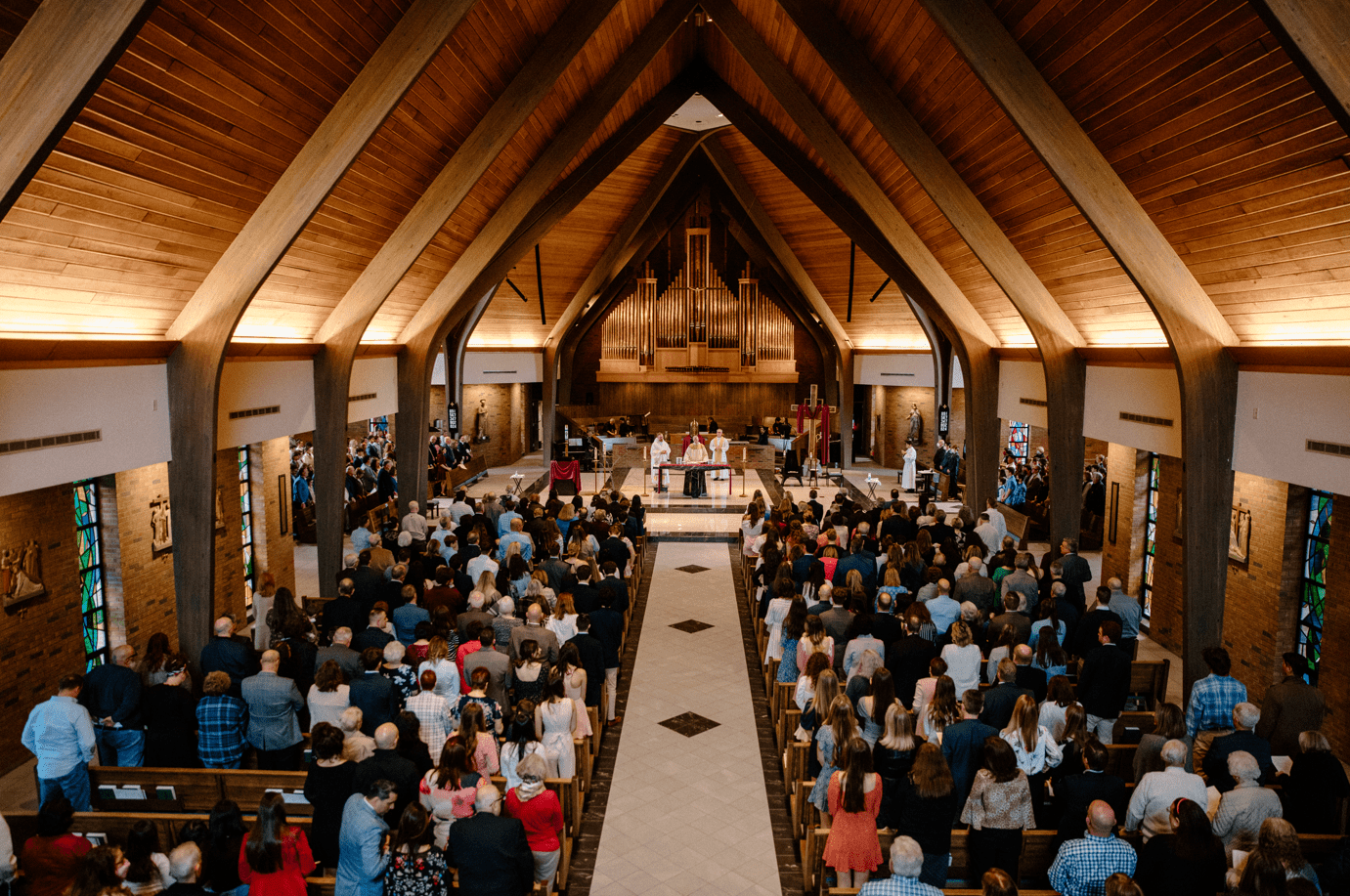 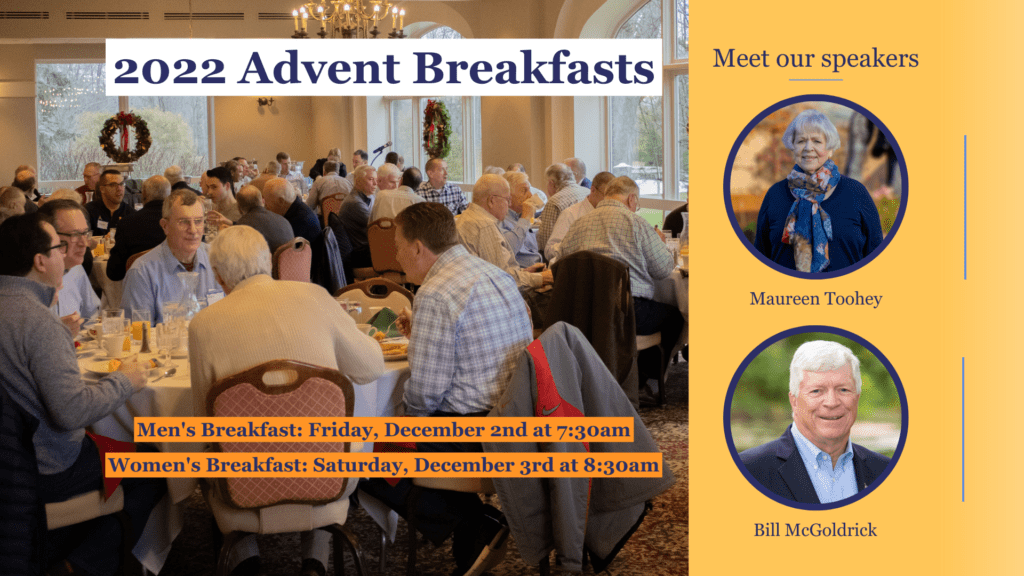 Our Advent Breakfasts are a great opportunity to hear how our fellow parishioners have been impacted by God throughout their life, which in turn allows us to reflect on the gifts God has given us in our own lives.

Our breakfasts will take place at Wolfert’s Roost Country Club at the following times:

Hear what parishioners have said about the breakfasts!

Maureen was born in Albany and has resided in Loudonville most of her life. She attended St. Pius X School K – 8, Vincentian Institute, and then Maria College Nursing School.

At St. Pius X, she has been involved in many service ministries including Scouts, CYO, Eucharistic Minister, and the Altar Rosary Society. She has helped out at many events including the Holy Thursday Supper and the St. Pius X Community Picnic. She was the first female President of the Parish Council at St. Pius X.

Her career as a Nurse was primarily with the differently abled and those on the severe end of the Autism Spectrum, which to her was a gift from God and a true calling to be of service to others.

She is very pleased to be chosen to speak at the 2022 Advent Breakfast and feels this is also a call to give back to the community of St. Pius X that has been such a significant part of her faith journey.

Register for the Womens’ Breakfast

Bill has been a parishioner at St. Pius X since 1998.  He grew up in New York City and graduated from Siena in 1968.  He is married to Betsi and has a daughter, Meg, and a granddaughter, Rory.  Meg is a teacher in St. Pius School.

After Siena, Bill served as a Naval Officer before completing his master’s degree at Syracuse and beginning a career in university communications and fund raising.

He worked at several universities before returning to the Capital District in 1980 as Director of Development and, later, Vice President at RPI.  In 1995 he and a colleague launched Washburn & McGoldrick, a consulting firm that works with universities around the world to plan and complete major fund-raising campaigns.

He is a Eucharistic Minister at St. Pius and has served as an ambassador during the pandemic and on the fundraising committee for the Parish Life Center.  He is also a member of the Board of Trustees at Siena College and Catholic Charities.  He is also a member here at Wolferts Roost, and a fan of the Yankees, Giants and Siena basketball and lacrosse.

Register for the Mens’ Breakfast